4 Steps Toward Demolishing The “Concrete Ceiling” That Black Employees Face

In the past month, the country has undergone a much-needed reckoning that examines the harsh inequalities that black Americans face on a daily basis. Whether it is in the context of excessive force used by the police, unequal access to effective health care and schools, or employment discrimination across corporate America, the effects of systemic racial discrimination remain stubbornly entrenched. This article addresses the employment discrimination issue and in particular the lack of opportunities for black employees in leadership/management roles at top companies.

The “Concrete Ceiling” For Black Employees

The lack of diverse employees in the executive ranks of companies is often referred to as glass ceiling discrimination. The barriers facing black employees, however, are even more acute (especially for black women), which has led many to dub promotion discrimination against them as a “concrete ceiling.” A 2019 study “Being Black In Corporate America” addressed the dearth of black executives in detail. The study found that while black adults represent:

These stark numbers underpin the sentiment from former CEO and Chairman of American Express AXP, Kenneth Chenault, who said in the “Being Black In Corporate America” study that, “[i]t’s embarrassing because there are thousands of [Black] people who are just as qualified or more qualified than I am who deserve the opportunity but haven’t been given the opportunity.”

The causes of this concrete ceiling are many, including a lack of access to senior leaders at work. For example, the study found that while 49% of white men had access to their senior leaders, only 34% of black men reported the same. Other impediments include ineffective diversity and inclusion efforts in the workplace and a lack of sincere commitment by company leaders in terms of creating, maintaining, and promoting a racially diverse workforce.

So what can be done? It’s clear that no “magic bullet” exists to stamp out employment discrimination throughout corporate culture. But steps can be taken and only through trial and error will the most constructive anti-discrimination tools be identified. Below are some initiatives that have shown promise and if companies continue to build on and experiment with these ideas, then hopefully additional progress will be made toward the goal of a more equal and diverse workplace and leadership team.

Tone At The Top Is Key

If the CEO, executive team and Board of your company are not enthusiastic  supporters of greater racial diversity within the company and in its top ranks, then it’s doubtful that others will make it a priority.

On the other hand, where the CEO and top leaders make it clear that diversity is both important and will also help the company grow and succeed, then the rest of the workforce is far more likely to work towards that goal. Tone at the top matters.

A once-a-year video message from corporate leadership in support of diversity simply won’t cut it. To make meaningful progress toward increased racial diversity will require top leadership to be personally, sincerely, and consistently involved in these initiatives.

An increasingly popular step that employers are taking to encourage diversity is to link executive bonuses to how well these senior leaders advance and champion the company’s diversity and anti-discrimination policies. And doing so makes sense because if an objective is important, then the company should ensure (1) its employees know about it and (2) that their performance in meeting this goal will be measured along with the company’s other core values and targets. 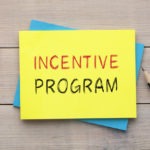 In corporate America, few carrots better achieve desired results than money.  Accordingly, companies like Uber are “incorporating ethical business practices, diversity and inclusion, and other values from Uber’s Business Code of Conduct into its executive compensation program.” Experience shows that compensation provides a powerful tool for creating incentives for behavior, and reinforcing a company’s values.

Another aspect of the Uber recommendation report advised that, “[k]ey members of senior management could be subjected to a probation period during which they must achieve certain minimum levels of performance in order to retain their compensation awards or to continue employment with Uber.”

For many people, money is the ultimate motivator and if linking bonuses to diversity efforts successfully improves workplace culture, then this could be a game-changer.

A huge predictor in whether a candidate ultimately receives a top-level position can be the opportunity to talk with, learn from, and make lasting connections to the senior leaders in the company. And the way this usually occurs is through networking or mentoring programs, which can be either formal or informal. Unless the company has a robust program providing black employees with access to and personal connections with senior leaders, then it will continue to be very difficult for these employees to win the support of and vocal advocacy from these senior leaders that are needed to get the promotion.

Companies with more diverse top leadership often have strong mentoring systems in place to foster these important connections. Similarly, companies that are committed to using (and listening to) a diversity task force or diversity manager tend to see more positive, significant increases in management diversity.

If You See Something, Say Something 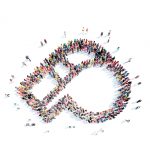 The burden of assuring equal treatment at work too often falls squarely on the shoulders of the employees who are discriminated against. While white employees may agree that a more diverse leadership team is necessary and will help the company, it is not enough to simply hope this happens. Rather, white employees must call out and object to discriminatory statements, jokes, and stereotypes, unfair standards or criteria used when making selection decisions, and other forms of unequal treatment. Only then will all employees begin to see that discrimination at work will not be tolerated, and only then can real change occur.