Chanel, Inc. (“Chanel”), based in New York, brings this complaint in the Northern District of Georgia asserting counterfeiting and trademark violations against Sarah Janelle, several aliases, and d/b/a’s (“Janelle”), as well as 10 Does. 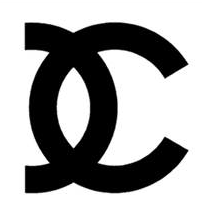 The complaint describes the marks as having been used and promoted for an extended period of time and having acquired stature as famous marks (as defined in 15 U.S.C. §1125(c)(1) and secondary meaning.

Defendants are allegedly “promoting and otherwise advertising, distributing, selling and/or offering for sale counterfeit products, including at least handbags and wallets, bearing trademarks that are exact copies of the Chanel Mark” . . . “for different quality goods.”  Defendants are further accused of misappropriating Chanel’s “advertising ideas” to the detriment and damage of Chanel.

An emergency Temporary Restaining Order was sought ex parte by Chanel and has been granted.  The website identified in the complaint (PURSE-PRINCESS.COM) now leads browsers to a docket of the papers filed in the court proceeding.