In a prior post, we detailed a copyright lawsuit filed on January 22, 2013by Broadcast Music, Inc. (“BMI”) and various music publishers against an establishment in northern Georgia.  BMI and 11 music publishers (collectively “Plaintiffs”) have sued another establishment, this time in middle Georgia, marking BMI’s second filing of a copyright lawsuit in Georgia within the span of just six days. 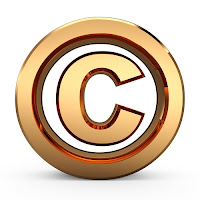 In a copyright infringement complaint filed on January 28, 2013 in the Macon Division of the U.S. District Court for the Middle District of Georgia, Plaintiffs allege that on August 9 and 10, 2012, Macon-based Northside Rivalry’s LLC d/b/a Rivalry’s on Northside (“the Establishment”), and an individual member of its LLC engaged in “unauthorized public performance” of six copyrighted songs, including Three Dog Night’s “Joy to the World” and Nirvana’s “Lithium.”  The complaint does not describe the Establishment’s manner of such performance.