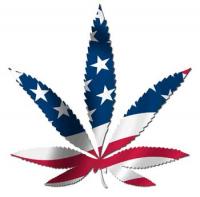 Is California the Pot Capital of the Country?

Fourteen states have legalized the use and possession of medical marijuana, although California can proudly claim it was the first to do so with the passage of Proposition 215 in 1996 by 56% approval rate.  Thirteen other states followed by passing allowing use of medical marijuana either through legislation or ballot measures.  Approximately eight states also have pending legislation.  The District of Columbia is the most recent to allow medical marijuana.

Even the federal government may also be taking a more relaxed view of medical marijuana.  The Department of Veterans Affairs recently released a Veterans Health Administration directive, which stated that “VHA policy does not prohibit Veterans who use medical marijuana from participating in VHA substance abuse programs, pain control programs, or other clinical programs where the use of marijuana may be considered inconsistent with treatment goals.”  In addition, the directive notes that modifications may need to be made to the patient’s treatment plans if the patient also participates in state medical marijuana programs. In the past, the V.A. had refused to give pain medications to patients who were taking medical marijuana.

Last month the City of Oakland in California approved industrial-scale marijuana farms.  The officials are set to issue permits to four indoor marijuana farms.  While these farms could only sell to medical marijuana dispensaries, the approval puts Oakland way ahead of the crowd should California pass Proposition 19, an initiative to legalize recreational use of marijuana.  At the present time, there are no size limitations and those who have indicated an interest in winning a permit are proposing growing operations as large as 100,000 square feet.  Permits are to be awarded next year.  A 5% pot tax will also be on the November ballot. Given that Oakland has over 2.3 million square feet available in industrial space, it could become the center of marijuana production.

That means a number of things to a number of people.  For the city itself, Oakland can expect to reap huge benefits in revenue for the sale of medical marijuana and related products.  It could rent out its industrial spaces and it would attract more people.  It would also attract big commercial operations, rather than the non-profit medical marijuana dispensaries that now exist.  Of course, that strikes fear in the hearts of these smaller growers who have been fighting the battle to get marijuana into the hands of individuals with medical conditions.  Could such small-time operators compete with a Wal-Mart that can grow and distribute huge amounts of marijuana without worrying about their pocketbooks?  It seems unlikely and purchasers will be forced to choose between enriching the corporate-type businesses at the expense of the more personalized dispensaries.  Kinda like choosing between Amazon and Barnes and Noble for your book purchases rather than visiting your local bookseller.

Others will probably view it as a slippery slide into reefer madness.  Imagine the embarrassment of telling strangers that you live in the cannabis capital of the country!  Will such an image encourage an exit of citizens who are totally opposed to marijuana.  While some may view this move as a sign of acceptance among the mainstream, I find that some of acceptance is based on the financial condition of the state of California.  If marijuana is going to exist as a “necessary evil,” then those who oppose its use may agree to its distribution if the State can be handsomely compensated.

This move was not without its critics, but who would have imagined that small-time growers and activists would oppose the move, mostly because it would mean the domination of this field by big business.

One has to wonder how the feds will view this move.  Last month, DEA agents raided a collective in Mendocino, California that appeared to be in compliance with the county’s new cultivation guidelines.  In early August, a collaboration of 450 federal and state agents arrested 100 people for the commercial growing of marijuana in California’s Sierra Nevada range, leading to the destruction of 432,000 plants and $1.7 billion in seized pot.  For the most part, the Obama Administration has a policy of not going after small-time dispensaries or the patients who have come to rely on them, but the use and sale of marijuana still remains illegal under federal law.  Will the feds turn their eyes from operations conducted by these businesses?  And what will be the result if these big businesses turn out to be big-time contributors to the any politician that might speak ill of them.