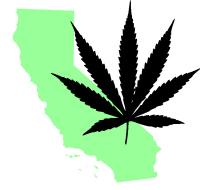 What are the Possible Legal Implications of the Passage of California’s Proposition 19?

As the November election approaches in California, the proponents and opponents of Proposition 19 are preparing for battle.  Proposition 19, also known as the Regulate, Control and Tax Cannabis Act of 2010, is an initiative to legalize certain marijuana-related activities. It purports to do the following:

(See http://www.taxcannabis.org/index.php/pages/initiative/ for the text of Proposition 19.)

The findings in the initiative make fascinating reading because the initiative acknowledges that laws criminalizing cannabis have failed, millions are using it, and the percentage of citizens using it is double that of the percentage of citizens using in the Netherlands, which allows the sale of cannabis.  In essence, criminalization has had no effect on usage.  The findings also note that cannabis has fewer side effects than alcohol or cigarettes, California wastes millions in trying to enforce laws against it, and its illegality has spawned an illegal drug trade that makes over a $15 billion in California a year.  It does not ignore the fact that that money in the form of taxes and permits could then go to the cities, counties, and states.

While the initiative addressing the implementation of a “legal regulatory framework,” certain activities are left to the cities.  For instance, if a city decides not to tax and regulate the sale of cannabis, then buying and selling – not possessing and consuming – would remain illegal.  If the city decides it is willing to tax and regulate the buying and selling of cannabis, then it must implement “a strictly controlled legal system” to oversee and regulate cultivation, distribution and sales, including relating how much cannabis can be bought and sold.  It would also allow the California Legislature to adopt a “statewide regulatory system for a commercial cannabis industry.”  The initiative proposes a number of activities that a local government may regulate.  Finally, it permits amendment either by a subsequent initiative or statute “but only to further the purposes of the Act.”

The supporters of Proposition 19 seem to fall into two general camps:  The first camp includes those who would like to use cannabis and see it be available to others, possibly because they believe it to be harmless, no different than alcohol (with less damage to the body), and that the criminalizing it has not worked.  The second camp is composed of individuals who do not use cannabis and are generally not in favor of its use, but they too recognize the war on drugs and failed, and given the critical financial condition of our State, would welcome a thriving business that would put money into government coffers.

Two major questions arise from passage of Proposition 19.  The first question is what will the federal government do?  Possession of marijuana is still illegal under the federal Controlled Substances Act.  The Obama Administration has seemingly turned a blind eye to prosecuting the little guy, but passage of Proposition 19 will dramatically increase the commercial and business opportunities to produce and sell marijuana.  The bigger the business, the more attention it will receive from the DEA.  Because the proposition covers commercial production and sale, the federal government may intervene and attempt to enjoin enactment of the measure.

The second question is how will passage of Proposition 19 affect other areas  of law.  Here are just a few areas that could be affected:

If the criminalization of marijuana has provided full-time for certain lawyers, then certainly the passage of Proposition 19 will present new and different opportunities for other lawyers as everyone tries to resolve the issues raised by its implementation.