Case Filed in 2006 Deemed to be in "Early Stages" and Stayed for Second Time Pending PTO Review - U.S. Patent and Trademark Office

IP Co., LLC's ("IPCO") patent infringement suit against Tropos Networks, Inc. ("Tropos") has a long and tortured, albeit uncomplicated, history. IPCO filed its complaint back in March 2006, alleging infringement of U.S. Patent Nos. 6,249,516 ("the '516 patent") and 6,044,062 ("the '062 patent").  Tropos soon thereafter filed ex parte reexamination requests with the PTO and moved to stay the litigation pending the outcome of the proceedings. The court granted the motion to stay, and the district court action was dormant for four years.  In 2011, the PTO confirmed the patentability of ten claims, cancelled four claims, and determined that several other claims were patentable in amended form.  The Court lifted the stay in September 2011, but discovery was delayed while the parties briefed a motion to transfer the action to the Eastern District of Texas, where IPCO had several related actions pending.  The Court denied IPCO's motion to transfer in October 2012.  Since that time, the parties have engaged in limited discovery and claim construction briefing, but no hearing has been set. 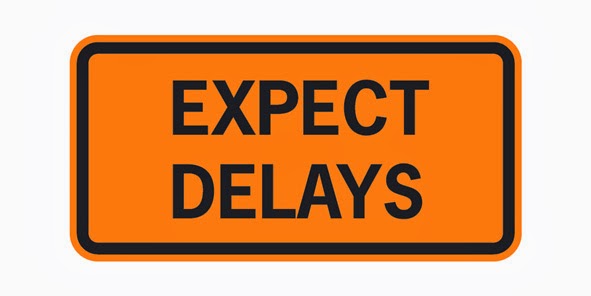 In July 2013, ABB Technology, Ltd. ("ABB") filed a petition for inter partes review of the '062 patent, and followed up with a petition on the '516 patent in November 2013.  On November 22, 2013, Tropos filed a motion to stay the district court litigation for a second time pending the outcome of the inter partes review proceedings.  On February 11, 2014, Tropos alerted the Court that the PTO had issued a decision granting its petition and instituting review of the '062 patent.  The petition for review of the '516 patent is still pending.

The most intriguing aspect to the motion to stay and the inter partes review proceedings is the relationship between ABB and Tropos.  IPCO argued that ABB is Tropos' ultimate parent company and, therefore, is barred from instituting inter partes review. (Inter partes review is not available to a party, its privy, or any real party in interest, more than one year after the party is served with a complaint alleging infringement. 35 U.S.C. § 315(b).)  Tropos countered that it is a subsidiary of ABB's sister company and that it has no control over ABB and ABB has no control of Tropos.  The PTO found IPCO's evidence insufficient to show that Tropos was a real party in interest (other than to recognize that it would obviously benefit from the PTO's cancellation of IPCO's claims), and dismissed IPCO's argument.  Likewise, Judge Cooper credited the PTO's decision and found the relationship between the parties inconsequential for purposes of whether to grant a stay in the litigation.

The Court then turned to the three factors commonly considered in the Northern District of Georgia in determining whether to grant Tropos' motion to stay: "whether discovery is complete and a trial date has been set; (2) whether a stay will simplify the issues in the case; and (3) whether a stay would unduly prejudice or present a tactical disadvantage to the nonmovant."1

Judge Cooper, in finding that the litigation was still at an early stage, stated: "While the Court appreciates that this case has been pending for several years, this fact alone does not negate the reality that a trial of this matter could be in distant view."  The Court noted that the parties had not engaged in significant discovery, and no claim construction hearing or trial date had been set.  As a result, the first factor weighed in favor of a stay.

Regarding simplification, the Court noted that all of the claims in the litigation were subject to PTO review, and held that regardless of the outcome the issues will be simplified.  If the PTO cancelled the claims, the suit would be disposed entirely.  If the PTO cancels some claims but confirms the patentability of others, "the case will be simplified by a reduction of claims in dispute."  And if the PTO confirms the patentability of all the challenged claims, the PTO's decision "will greatly assist the Court in defining the scope of the claims at issue and rendering an ultimate determination as to infringement."2 IPCO, understandably, pointed to its successful ex parte reexamination and argued that the new challenges to the claims are unlikely to succeed.  The Court, also understandably, viewed the PTO's grant of ABB's petition as countering IPCO's position.  Thus, the second factor weighed in favor of a stay.

Turning to the third factor, Judge Cooper found that IPCO failed to present any basis, other than mere delay, why it would unduly prejudiced by a stay.  IPCO argued that the previous four-year stay and the overall pendency of the case rendered a further stay inappropriate.  The Court disagreed, pointing to the fact that the PTO must complete its review within 12 to 18 months of the institution of the proceeding, such that, unlike ex parte reexamination, the delay would be reasonably short.  Further, the Court held that any perceived prejudice is strongly outweighed by the potential simplification of the issues and the early stage of the litigation.

Consequently, the Court granted Tropos' motion to stay and ordered the parties to advise the Court within ten days of the PTO's final determination in each proceeding.  Several other motions were pending, including Tropos' motion for summary judgment of invalidity of the '516 patent, IPCO's motion to strike the testimony of Tropos' expert, and a motion for a status conference.  In light of the grant of the motion to stay, the Court denied these other motion without prejudice and authorized the parties to refile the motions once the stay is lifted.

[2] IPCO did not raise the issue that Tropos will not be bound by the estoppel provisions of 35 U.S.C. § 315(e), and thus could effectively "re-argue" any prior art-based invalidity positions set forth in the inter partes review.  Nevertheless, this statement indicates the Court's inclination to give substantial weight to the PTO's ultimate decision and potentially discount any invalidity arguments that fail before the PTO.