The Equal Employment Opportunity Commission (EEOC) reached a $20.5 million settlement with Jackson National Life Insurance Company for harassment, discrimination, and retaliation claims brought on behalf of female and African American employees. This settlement marks the largest monetary settlement ever for the EEOC’s Phoenix and Denver offices.

Background of the case

The suit alleged that the insurance company tolerated a hostile work environment that targeted female and African American employees. The claims included egregious acts of race and sex discrimination and harassment, including:

The EEOC charge alleged that much of the harassment and discrimination involved the conduct of supervisors, managers, and executives. It further alleged that Jackson National discriminated against female and African American employees in the terms and conditions of employment, including that:

Title VII prohibits discrimination based on membership in a protected class

Title VII of the Civil Rights Act of 1964 (“Title VII”) prohibits discrimination and retaliation based on race, sex, national origin, age, disability, religion, and genetic information. Harassment creating a hostile work environment is actionable under the statute when the harassment is pervasive or severe. Courts look to severity, frequency, and physicality when assessing whether harassment violates Title VII. A single, severe act of harassment, like sexual assault is actionable.

A company will be held liable for a hostile work environment created by a supervisor unless it can prove:

Title VII prohibits employers from retaliating against employees for participating in an investigatory legal or administrative process under equal employment opportunity statutes or for otherwise opposing unlawful discrimination. To prove a Title VII retaliation claim, a plaintiff must demonstrate: 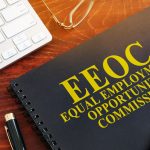 The settlement provides damages, costs, and attorneys’ fees for 21 former Jackson employees, amounting to $20.5 million.  A representative for Jackson provided the following statement: “Jackson is strongly committed to providing equal opportunity to all employees. Jackson does not tolerate discrimination or harassment of any kind, and we maintain and enforce high standards of conduct for how our associates interact with consumers, business partners and each other. These standards are reflected in policies, procedures and mandatory training we regularly review and enhance to ensure they are consistent with best practices and the law.

Jackson chose to resolve this matter at this time as the best option to move forward for all parties. While there has been no finding by a Court or jury that Jackson violated any laws, we are humbled and recognize that the associates who made claims in this case believe they were not treated fairly or in a way that aligns with Jackson’s core values. This is concerning to us, as it is not consistent with who we strive to be. This experience provides an opportunity to re-affirm our commitment to our core values, enhance our policies and practices, and continue to make Jackson a great place to work.”

The consent decree further enjoins Jackson from further violating Title VII by creating or tolerating a hostile work environment on the basis of sex, race, and/or national origin and discriminating in the terms and conditions of employment. Further, the company must designate an Internal Compliance Monitor and retain an outside consultant to monitor compliance with Title VII and related laws and future complaints, while also training employees on discrimination, harassment, and retaliation.