The Prime Minister’s message to EU citizens in the UK – where are we now?

Theresa May has today sent an email to EU citizens with the intention of demonstrating that their rights are her ‘first priority’. It doesn’t tell us much more than we knew from the Brexit negotiations at the end of September.

Since the referendum, the UK Government has issued various assurances about EU citizens’ future in the UK (largely with little substance) alongside regular allegations and denials of their treatment as ‘bargaining chips’. Yet it was not until‎ the end of June this year that it published its detailed proposals for Safeguarding the Position of EU Citizens Living in the UK and UK Nationals Living in the EU. In broad terms, EU citizens in the UK with 5 years’ residence before an unspecified cut-off date will be able to apply for settled status, or temporary residence until they have been here for 5 years with the right to apply for settled status at that point. 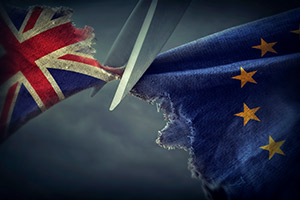 This gave some certainty but the finer detail has since been the subject of protracted negotiations with the EU (alongside the issues of Ireland and financial settlement). A number of key points remain unresolved despite the Prime Minister’s assurance today that ‘we are in touching distance of agreement’. According to David Davis’ closing remarks at the end of the fifth round of negotiations in Brussels last week, outstanding issues include the right to bring in future family members; to export a range of benefits; to continue to enjoy the recognition of professional qualifications; to vote in local elections; to move within the EU 27 as a UK citizen; to leave for a prolonged period and retain a right to return. The Prime Minister’s message today is also silent on the unresolved issue of the ECJ’s future role in enforcing citizens’ rights

On the first point, it seems that Government’s position is still that the cut-off date will be somewhere between the date that Article 50 was triggered and the date on which the UK leaves the EU.  In theory, this means that EU citizens who arrived in the UK after 29 March 2017 may not be eligible for settled status and no reassurance is given on this point in the Prime Minister’s message today.  Our view is that the Government has privately already accepted that the cut-off date can be no earlier that the date on which we leave the EU but is reluctant to concede this until the very last minute for fear of a last-minute influx of EU citizens.  This can hardly be a realistic concern, though, given recent ONS figures indicating that the number of EU citizens emigrating from Britain has increased by a third to 122,000 over the past year.

As to the second point, the Prime Minister’s email reiterates assurances from the end of September that ‘we are developing a streamlined digital process for those applying for settled status in the UK in the future … for any EU citizen who holds Permanent Residence under the old scheme, there will be a simple process put in place to swap their current status for UK settled status.’  However, this ‘swap’ is understood to include ID verification, the provision of biometric data, a criminality check and confirmation of ongoing residence.  The EU has remained firm on this point until recently; the current joint note on the progress of the negotiations over EU citizens simply states ‘Citizens shall be considered legally resident even if they do not hold a residence document evidencing that right’ and ‘EU position is that criminality checks cannot be conducted systematically’. Michel Barnier has more recently acknowledged, in response to the UK’s proposals: ‘We will study attentively the practical details of this procedure, which should really be simple for citizens’. Those who have had even the most limited dealings with the Home Office will know that none of its processes could be described as ‘really simple’.  Whether the Home Office will actually ever have the resources to process an additional 3 million applications of any description is another issue altogether. Today’s promise that ‘to keep development of the system on track, the Government is also setting up a User Group that will include representatives of EU citizens in the UK, and digital, technical and legal experts’ provides little reassurance.

The assertion in the Prime Minister’s email that there are a ‘small number of important points to finalise’ is something of an understatement and some way off the promise in her Florence speech: ‘to all EU citizens who have made their lives in our country … it has been, and remains, one of my first goals in this negotiation to ensure that you can carry on living your lives as before.’

The Government also has a much bigger task ahead of it once the position of EU citizens in the UK is resolved – that of future immigration policy once the UK leaves the EU. Bearing in mind that the Migration Advisory Committee is not due to make its recommendations until next Autumn and the Government seems yet to have reached a consensus on immigration policy within its own party, there is much work to be done before March 2019 or even within the proposed two year transition period which may follow.