Below is a survey of recent copyright cases filed in the Northern and Southern Districts of Georgia.

On June 27, 2013, Microsoft Corporation (“Microsoft”), based in Washington, filed suit against VertexPC and its owner Peter Dapice (collectively “Defendants”), based in Buford, Georgia, alleging that the Defendants had recklessly or willfully engaged in copyright and trademark infringement, false designation of origin, false description and representation, and unfair competition when Defendants sold unauthorized copies of Microsoft software.

Microsoft alleged that the Defendants are in the business of advertising and distributing computers, and that in the course of their business, the Defendants advertised and sold computers that came installed with Microsoft software (i.e., Windows XP; Reg. No. TX 5-407-055), components, end user license agreements, and certificates of authenticity. Microsoft further alleged that Defendants had infringed upon a number of Microsoft’s registered trademarks, including the well-known Windows Flag (Reg. No. 2,744,843), in the process of advertising and selling computers. 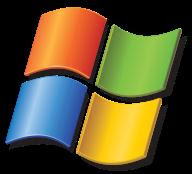 Microsoft requested, among other things, injunctive relief, an impounding of all counterfeit and infringing copies of Microsoft product, treble damages, an accounting, and an order imposing a constructive trust upon any illegal profits realized by the Defendants. On July 26, 2013, the judge issued a permanent injunction against the Defendants enjoining them from using Microsoft’s registered trademarks and copyrighted material in connection with the Defendants’ business. Finally, on August 6, 2013, after settling their dispute, the parties filed and entered a Stipulation of Dismissal which dismissed the action with prejudice. The court retained jurisdiction to enforce the Permanent Injunction and the Settlement Agreement.

On June 19, 2013, BWP Media USA Inc. (“BWP”), based in Los Angeles, California, filed suit against Paste Media Group, LLC (“Paste”), based in DeKalb County, Georgia, alleging that Paste had knowingly infringed on a variety of BWP’s copyrighted photographs when Paste “copied, modified, and displayed” the photographs on Paste’s website, www.pastemagazine.com.

BWP provides “entertainment-related photojournalism goods and services,” and generates revenue by licensing its copyrighted photographs of celebrities to online and print publications. According to the complaint, Paste operates a website that provides, among other things, articles, photographs, and information about celebrities. Paste generates revenue through advertisements.

BWP alleged that Paste recklessly or willfully displayed at least one of BWP’s copyrighted photographs on its website without BWP’s authorization, that thousands of people viewed the image(s), and that Paste subsequently realized increased revenue or traffic from the display.

On June 5, 2013, Carreras & Lemoine, LLP (“Carreras”), a Georgia law firm with multilingual attorneys that offers legal services to French businesses and individuals, filed two suits against Alpi Transmission (“Alpi”), alleging that Alpi, a corporation organized and residing in France, infringed on its copyrights when it used and reproduced documents Carreras had produced for Alpi, for which Carreras was never compensated.

Production and Sale of Music 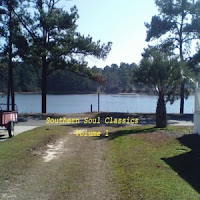 Peterson, owner of the copyrighted works of artists such as Chuck Roberson and Ghetto Cowboy, entered into an agreement with Smith in November 2011 that granted Peterson the exclusive rights to music by Clay Hammond for $15,000. The contract also contained a clause conditioning money to Smith on Peterson’s collection of funds received from any major record company. Peterson alleged that Smith, unhappy with the deal, compiled “Classics”, a multi-artist CD containing copyrighted works by Peterson’s artists, and sold the album on websites such as Amazon and Mondo. Although not alleged in the complaint, “Classics” can also be found on Spotify, iTunes, and Rhapsody. Below is a sample of one of the allegedly-infringing works, “Leon Stole My Freak.”

After allegedly failing to adequately respond to a cease and desist letter sent on June 15, 2013, Peterson filed suit against Smith. Peterson, alleging loss of profits and reputation, requested $100,000 in compensatory and punitive damages, an accounting, and injunctive relief under 17 U.S.C. 501(a) and (b).

The case is Peterson v. Smith, Case No. 1:13-cv-00119-JRH-BKE, United States District Court for the Southern District of Georgia, Augusta Division, and is assigned to Judge J. Randal Hall.

On May 14, 2013, Aaron Gravit, the owner and operator of Product 13 (collectively “Product 13’), an LLC based in Savannah, Georgia, filed suit in the Superior Court of Chatham County (Savannah) against Titan Advertising Group (“Titan”), an LLC based in Tybee Island, Georgia, alleging fraud and breach of contract stemming from Gravit’s employment with Titan. On June 13, 2013, Titan filed a Notice of Removal, removing the action to the Southern District of Georgia, and answered Product 13’s complaint and asserted counterclaims alleging, among other things, that Product 13 had infringed on Titan’s copyrighted works without permission and that Product 13 was engaging in unfair competition by using Titan’s trademarks in violation of § 1125(a)(1)(A) of the Lanham Act.

Titan is in the business of creating and selling commercials and short films for advertising purposes and has produced works for Nike, Porsche, Mercedes, the X-Games, and various local news stations. The gravamen of Titan’s counterclaim is that Product 13, through Gravit, a former employee of Titan, willfully displayed, and continues to display, Titan’s allegedly copyrighted and trademarked works on Product 13’s website, http://product13.com/, without authorization or attribution to Titan. Product 13 is a direct competitor of Titan’s and is also in the advertising business. Below is an example of Titan’s allegedly copyrighted work:

In its counterclaim, Titan requested a permanent injunction, an accounting, damages for lost profits and unfair advantages gained in violation of the law, an order to deliver and destroy all infringing works, and a rescission of the contract at the center of Product 13’s initial complaint.  Titan also filed a motion to dismiss Product 13’s complaint on the same day.

On June 14, Product 13 filed a motion to dismiss Titan’s copyright and Lanham Act claims, arguing Titan had failed to register the alleged copyrighted works prior to filing suit. Product 13 also filed a motion to remand the case to the Superior Court of Chatham County. On June 20 and June 26, Titan and Product 13 filed motions to stay discovery, respectively, pending resolution of the motions to dismiss. On July 17, Magistrate Judge G.R. Smith granted the parties’ motions, and stayed discovery until the District Court Judge could rule on the pending motions to dismiss.

The case is Gravit v. Titan Advertising, LLC et al, Case No. 4:13-cv-00144-BAE-GRS, United States District Court for the Southern District of Georgia, Savannah Division, and is assigned to Judge B. Avant Edenfield.

The author would like to thank summer associate John Gerl for his substantial contribution to this post.