Federal stimulus funds are paying to build or expand systems enabling health care providers within each state to share patient information, but state officials are concerned about how to keep paying for the programs once the federal money runs out, an iWatch News survey reveals.

And with states adopting a wide variety of different software for electronic health record exchange, officials are also worrying about how to get those different systems to talk to each other across state lines ( see sidebar ).

Interactive: How much money has your state received? 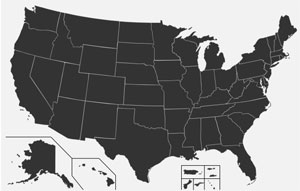 The creation of these exchanges within all U.S. states and territories is part of a much larger push for use of electronic records in health care. Most of the attention has been focused on $27 billion worth of Medicare and Medicaid incentive payments that are going out to doctors, hospitals and clinics for switching their patients’ information from print to digital; providers must also demonstrate they have followed government guidelines in using the technology in a “meaningful” way. But a less-noticed provision of the same 2009 stimulus legislation made $548 million worth of grants available to the states to set up information exchanges that would allow health care providers to send, receive and share patient information within a state.The federal government started distributing the State Health Information Exchange Cooperative Agreement Program grant money in March 2010 after approving each state’s proposal. But the funding will be handed out in increments until late 2014 or early 2015.

The purpose of the exchanges

Ideally, the exchanges would allow providers within a given state to track their patients’ medications, allergies, medical history, tests administered at other facilities, and surgeries by other physicians — therefore improving health care overall and lowering the risk of error or duplication.

Rather than establish one national exchange or mandate for any one particular approach, the federal Office of the National Coordinator (ONC) for Health Information Technology asked each state and territory to propose a plan for a state exchange that would meet its needs.

Pam Matthews, senior director of regional affairs at the Healthcare Information and Management Systems Society (HIMSS), a nonprofit that promotes understanding and use of health information technology, said there wasn’t a “best model” or approach that could apply to all state exchanges. “Each state is unique and their [exchanges] will mirror their unique state characteristics, needs and requirements,” she said.

While most states are establishing these exchanges from scratch, about half a dozen had exchanges in place before the stimulus announcement. Those were built with a mixture of state and private funding.

An iWatch News survey of state health information exchanges suggests that states in the nascent stages are using the vast majority of available federal dollars to cover the considerable costs of envisioning, designing and implementing the program. Huge percentages of the funds are going to software vendors to pay for the technology infrastructure, meaning states will have to find other revenue sources for long-term sustainability. Fifty-one U.S. states and territories responded to questions about the progress their agencies or nonprofit entities have made toward meeting the benchmarks in their proposals to ONC; representatives from the District of Columbia, Mississippi, Northern Mariana Islands, New Jersey and Oklahoma did not respond to repeated requests for comment.

The answers revealed that some are further along than others, but all who did respond expect to have a working exchange by the end of 2014 or beginning of 2015.

Ohio, which did not have an exchange in place before the program began, has used the funding to hire Medicity, a Utah-based technology firm, to build its platform. “Our biggest need has been financial, and ONC is supplying that for us,” said Dan Paoletti, CEO of the Ohio Health Information Partnership, the non-profit designated by the state to coordinate the effort. “Were it not for invaluable funding from the federal government, we could not have accomplished what we’re doing today,” he said.  Ohio received a grant of nearly $15 million from ONC for its exchange.

Maine began creating its system in 2006 and used a combination of foundation and state funding.  “All of this was made possible by voluntary funding stream,” said Jim Leonard, director of the office of the state coordinator for health information technology in Maine. The federal funds allowed the state to get more health care providers signed on and allowed them to upgrade to more sustainable technology. “If the stimulus funds hadn’t come along, it’s unlikely that the project would have continued,” Leonard added.

While state agencies were virtually unanimous in expressing appreciation for the federal support from ONC — not only in cash but also in training and guidance — several coordinators of health information exchanges are worried about where the cash will  come from to keep the exchanges running over the long haul. Though the states were required to submit long-term sustainability plans to ONC in their proposals, many questions remain unanswered.

Julia Adler-Milstein , assistant professor at the school of information and the school of public health at the University of Michigan, has conducted formal evaluations of 27 different states for ONC as a subcontractor for a University of Chicago-based research group . “The message coming out of every state is that they haven’t figured out the sustainability piece,” she said.

“They have to charge somebody something,” said John Derr, a consultant at Golden Living LLC and member of the Standards Committee for health information technology, which makes recommendations to ONC.  “The problem is that I don’t know whether all the states are working to see what the best model is … I think probably they need more guidance on which models work and which models don’t.”

States expect little additional federal support in this era of tightened Washington spending. Sheldon Wolf, health information technology director for North Dakota, said the federal dollars would be enough to “get the process started, but not for continuing operations.” Wolf declined to estimate how much those continuing operations would cost annually, noting that it would all depend on the number of participants.

Rather than rely on cash-strapped state governments to make up the gap, many exchanges are looking to subscription and per-transaction fees from providers as future revenue sources. Oregon officials, for example, say they hope to sustain a state health information exchange service through provider subscriptions, though they haven’t set any pricing models yet. Ohio’s Paoletti said his state plans to charge “reasonable fees for services that will bring value to participants.”

Nebraska’s Lt. Gov. Rick Sheehy, who heads the Cornhusker State’s health information technology efforts, said a subscription to the state’s exchange would not cost physicians “much more than what they would pay per year to have cable in.”

But conveying the value of these systems to stakeholders is another issue. Jan Lee, executive director of Delaware Health Information Network, said, “We’re struggling to get insurers to pony up and be a financially contributing member [of the exchange].” With Delaware one of the states furthest along in establishing its exchange — 90 percent of residents have their clinical data in the system — Lee wonders how a successful business model will be possible elsewhere. Under the non-profit Delaware group’s business plan, insurers would be asked to pay about 75 cents per member, per month. But, Lee says, health plans have been reluctant to sign on because there has not been much industry-wide data documenting savings.  “Everyone believes intuitively this ought to save money,” she notes, but that is not enough in an industry “driven by actuarial information.”

Financial participation has been an easier sell to Delaware health care providers, however, who pay 25 cents per transaction, as long as they have eliminated paper reports.  Those who have, she says, enjoy a “clear, unmistakable cost savings,” compared to the $1.25 to $1.80 per transaction average cost for paper delivery.

Adler-Milstein said communicating the value of exchanges to providers was one of the biggest obstacles for states. Health care providers will need to understand how they can benefit from the exchanges before they will be willing to pay for them, she said.

That skepticism was evident in an interview with Dr. Jane Orient, executive director of the Association of American Physicians and Surgeons, a group that has been critical of the president’s health care reform and of federal health information technology spending. The group encourages its members to eschew participation in health information exchanges — with or without user fees. She said she thinks the exchanges open too many opportunities for privacy and security violations. “If physicians care about [patient] confidentiality then they shouldn’t participate,” she said.

Even the American College of Physicians, a trade group that supports the exchanges, refused to endorse a pay-for-use model, remaining neutral on the question of who should pay.  Spokesman David Kinsman said his group “has no policy other than that it supports development of exchanges,” though he acknowledged that without ongoing government funding, sustainability will be a challenge.

Gene Ransom III, CEO of MedChi, the Maryland State Medical Society, said long-term payment plans have to be addressed because ultimately they could lead to privacy issues. He fears that if states do not find a way to sustain the exchanges once the federal dollars run out, they might have an incentive to make use of the data in a way that could compromise patient privacy — like sell it, he said.

MedChi specifically pushed for legislation, enacted earlier this year, to prevent this possible scenario in the state.

“If you’re a state with a tight budget and this hasn’t been a priority, and you have a health information exchange that was set up using federal dollars,” he said, “doesn’t that put pressure for them to deal with the most valuable thing they have, like data?”

Adler-Milstein said the government was on the right track in pushing doctors and hospitals to begin using electronic health records. She thinks, however, that getting providers invested in the program is ultimately what will make it successful. “We can build a great health information exchange,” she said, “but if providers aren’t using it then it’s going to be useless.”

But Ransom from MedChi would like to see more federal investment in health information exchange systems. “It’s the classic situation that government should be involved with,” he said. “When the federal government sets up a system where there is strong encouragement for this, then they should take the responsibility to do it.”

Adler-Milstein predicted that by the end of the program there would be significantly more exchanges but many would likely be within pockets of the country — such as   local health information exchanges.

“Some states are going to be a success and some are going to be failures,” she said. “For the states that don’t succeed it will be seen as a nice experiment and what they build will not continue to operate.”

Kimberly Leonard is a multimedia reporter who has worked for Vogue magazine, Stateline.org and the Huffington Post Investigative Fund. She’s also done stints at In Style and Time magazine and at Teach for America. Leonard is a graduate of the University of Richmond