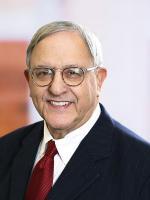 Joel is a corporate and mergers and acquisitions attorney who is esteemed for his work on life sciences deals. He leads acquisitions of public and private companies across a wide range of industries and assists all types of companies with the intricate processes of offloading enterprises, divisions, and subsidiaries. His capabilities include managing collaborative arrangements, licensing transactions, and other strategic deals for life sciences companies and helping overseas firms set up operations and make acquisitions in the United States. He also serves as counsel to boards of directors and special committees.

He has extensive experience counseling high-technology businesses and the individuals creating them. He frequently guides acquisitions, collaborations, and licensing transactions in the life sciences industry. He frequently counsels boards of directors and their committees.

Joel has also functioned as counsel for several publicly and privately held companies in various industries, including media, software, packaged and consumer goods, apparel, financial, packaging, and real estate. In addition to guiding numerous domestic mergers, acquisitions, dispositions, and public offerings to successful conclusions, he has served as US counsel to several overseas firms in connection with establishing operations, their conduct of public offerings, and their acquisitions in the United States.

In the mergers and acquisitions area, Joel has led the acquisitions of public and private companies in media, marketing, apparel, life sciences, medical device, and other industries, and has represented numerous public and private sellers of entire enterprises, divisions, or subsidiaries. He has also been involved in acquiring businesses in Chapter 11 proceedings and has directed several corporate reorganizations.

Articles in the National Law Review database by Joel I. Papernik