Set in the beautiful north Georgia mountains, the scenic town of Ellijay, Georgia (population 1,619) provides a tranquil escape from the hectic pace of daily life for many visitors.  Yet not even Ellijay is small enough or remote enough to escape the attention of New York-based music licensing behemoth Broadcast Music, Inc. (“BMI”), as discovered the hard way by local establishment East Ellijay Pourhouse Bar and Grille, LLC (“the Establishment”) and associated individuals (collectively, “Defendants”).

In a copyright infringement complaint filed in the Gainesville Division of the U.S. District Court for the Northern District of Georgia on January 22, 2013, BMI and 16 music publishers (collectively “Plaintiffs”) allege that on July 1, 2011, Defendants had engaged in “unauthorized public performance” of nine copyrighted songs, including two Rolling Stones hits (“Jumpin’ Jack Flash” and “Honky Tonk Women”) and Creedence Clearwater Revival’s “Green River.”  The complaint does not describe the Establishment’s manner of such performance.

Its website describes BMI as “the global leader in rights management, process[ing] almost 100 billion copyright transactions annually, providing a vital link between music-content creators and the businesses that use that music.”  According to the complaint: “BMI has been granted the right to license the public performance rights in approximately 6.5 million copyrighted musical compositions (the ‘BMI repertoire’).” 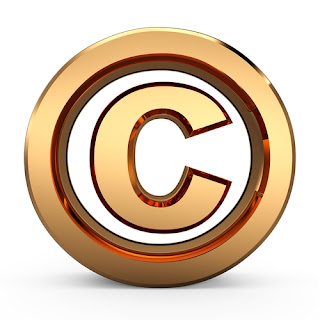 The complaint seeks injunctive relief, statutory damages, and attorneys’ fees under the Copyright Act.  Under 17 U.S.C. § 504(c), one can recover statutory damages against copyright infringers, instead of an award of actual damages and profits. Statutory damages range from $750 to $30,000 per infringed work, and that maximum may be increased to $150,000 if the infringement was willful.[1]  The award of statutory damages is mandatory when a successful copyright claimant elects them, but the court has discretion in setting the amount of damages within that range.[2]  A previous post identifies the factors that courts consider in exercising that discretion.

As reported by QSRmagazine.com: “[S]uch cases are not uncommon.  BMI files between 75 and 125 copyright infringement lawsuits against eating and drinking establishments every year, according to spokesman Jerry Bailey.  The American Society of Composers, Authors and Publishers (ASCAP), another large publishing rights organization, files between 250 and 300 per year, according to Vincent Candilora, ASCAP’s senior vice president for licensing.”  In one case, according to techdirt.com, a North Carolina establishment was ordered to pay $30,450 for unauthorized performance of just four songs, together with $10,700 in legal fees.

ASCAP’s website includes a page titled: “Why ASCAP Licenses Local Bars & Restaurants–10 Things You Need to Know.”  There, revealing some of its philosophy, ASCAP states: “Like the quality of the décor, food, beverages and service, music contributes to the success and profitability of a business. The people who created that music have a right to share in the profit. And ASCAP exists to make this possible.”  BMI’s music license for eating and drinking establishments is available on its website.

Both ASCAP and BMI employ investigators to roam the country identifying new restaurants, bars, theme parks or other establishments where music is used. Venue owners are required to purchase a license, typically for a single annual fee based on the size, seating capacity and type of venue.

While many businesses aren’t aware of these rules, entertainment attorneys say that suits to enforce these licensing requirements are increasingly common, and ASCAP’s senior vice-president Vincent Candilora is quoted in the Seattle Times as saying that the recent lawsuits are intended to spread the word that performing such music without permission is a federal offense.

Although the societies have [targeted] bars, restaurants and nightclubs, any business can be the target of enforcement actions.  More and more, shopkeepers play music in their establishments to entertain customers and set a mood.  If unlicensed, doing so can result in a costly lawsuit.

New and established business owners should consider carefully how music is used on their premises and obtain the necessary licenses.

[2] New World Music Co. (Ltd.) v. Radio Disney Group, LLC, 8:07-cv-398, 2009 U.S. Dist. LEXIS 1221, at *29-*30 (M.D. Fla. Jan. 6, 2009) (“Where there is no evidence of actual damages and the copyright owner has established infringement under the Act, an award of statutory damages is mandatory.  Although mandatory, the ‘court has wide discretion in determining the amount of statutory damages to be awarded, constrained only by the specified maxima and minima.’”) (citations omitted).

Good Technology: Airwatch's Defamation Claim in Georgia was Compulsory Counterclaim in California Patent Infringement Action
By
Intellectual Property
Folks Alleges Jim ‘N Nick’s B B Que South, Inc.’s Use of GOOD TO GO MARK Should Get Up and Go
By
Intellectual Property
Singer-Songwriter Lee Hutson Sues Rapper Young Jeezy Over Alleged Use of "Getting It On" Sample
By
Preston H. Heard
Homecare and its Attorneys Hammered with Rule 11 Sanctions for Pursuing Frivolous Trade Secrets Claim
By
Preston H. Heard
Advertisement