The U.S. Court of Federal Claims recently dismissed a bid protest against a $250 million U.S. Postal Service contract for communications and security guard services. In Universal Protection Service, L.P. v. United States, No. 16-126C (April 26, 2016), Judge Horn ruled that the protester was not the “complete successor in interest” to the original bidder and thus did not have standing to challenge the Postal Service contract. So, what happened here and why should you care? 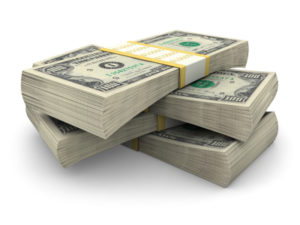 This procurement was marked by delays after the award decision was first announced on January 2, 2015 and later by the sale of the original offeror. That offeror, ABM Security Services (ABM), filed a series of bid protests at the Court after learning that it was not selected for award. While the Postal Service was undertaking “corrective action” that resolved its second protest, ABM’s assets were sold to the protester here, Universal. ABM notified the Postal Service of the transaction and confirmed that ABM’s offer for the communications and security guard services work had been transferred to Universal.

The Postal Service wrapped up the corrective action in November 2015 but did not change its award decision. This time, Universal filed a bid protest and the Postal Service challenged the Court’s jurisdiction, arguing that Universal had no standing since it did not submit a proposal in response to the Solicitation.

The rule, as stated by Judge Horn, is clear: If a party is the “complete successor-in-interest” to the actual offeror, that party may “stand in the shoes and have standing to bring a protest.” The Court went through the proposal and the transaction documents and noted that ABM relied on its parent company for financial support as well as personnel and back up support and that certain software licenses did not transfer to Universal. Taken together, these things convinced Judge Horn that Universal was not the “complete successor-in-interest” to ABM. And, the case was dismissed.

Why you should care

For parties contemplating a purchase or sale of a government contractor: Review proposals and transaction documents carefully. Universal Protection provides some key questions to ask: Did the offeror rely too heavily on its parent? Did it submit the parent’s financial statements to the exclusion of its own? Did it “borrow” proposed key personnel from the parent? What about software licenses and other IP—are the important licenses transferred? Nobody wants to “buy” a bid protest. But it’s much worse to file a protest after a transaction has closed only to see your protest dismissed without any consideration of the merits based on things in the proposal. So, “know before you buy.” Another point: An offeror should inform the Government as soon as the transaction has closed. Here, the timing was such that it didn’t matter. But in some cases, where the evaluation has not been completed, notice should be made to ensure the evaluation is conducted based on accurate, up-to-date information.

For proposal writers, there’s another message here: You must mean what you say. In Universal Protection, there was a disconnect between what Universal thought it bought and what the documents said. Obviously, at the time of proposal submission, ABM’s proposal writers likely did not even know of the potential company sale. But if ABM really intended all of the proposal references to its parent to be nothing more than “coloration,” then some of the promises should have been toned down. Touting its parent’s 110,000 employees and annual revenues of $4.8 billion made it difficult for ABM to walk away from its former parent even though its new owner was a $2.5 billion company with 80,000 employees.

For all competitors in the government contract space, this case stands as a reminder that standing and jurisdiction are not mere technicalities: Always keep your eyes open for awards to companies who have been involved in transactions recently. If they haven’t crossed all their t’s and dotted all their i’s, there’s a chance the “complete successor-in-interest” rule might come into play. That could be a valid argument in a bid protest that could help you win business.

Finally, this case also is a reminder about how unfair the bid protest system sometimes is. ABM filed two “successful” bid protests before its sale to Universal. As Judge Horn noted, if the merits of this case were reached any time prior to the sale, then there would have been no argument over lack of standing because the sale would have not yet occurred. For Universal, that’s just bitter irony. For all buyers of government contractors, its, “Buyer Beware!”

Mr. Lucy has lectured at numerous conferences and seminars in Europe, the Pacific, and the United States. Topics have included “Shutter Control,” at the U.S. Space Foundation International Space Symposium; “Commercial Space Law,” at the U.S. Air Force Academy; “Technology Transfer and Higher Education,” at Boulder, Denver and Salt Lake City; and “Government and Public-Private Partnering,” at the DefenseExec Technology and Homeland Security Summit; “Public Contracts and Procurement Regulations in Colorado” at Denver and Colorado Springs, and numerous presentations at the Southern Colorado Government Contract Forum, as well as private client presentations.