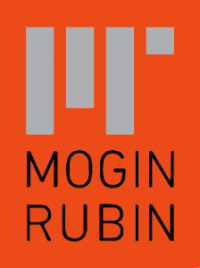 House Bill Would Allow College Athletes to Capitalize on Their Fame

A group of U.S. House Democrats and Republicans have introduced the “Student Athlete Level Playing Field Act” which would add momentum to the current movement to compensate members of college sports teams, long banned by the National Collegiate Athletic Association (NCAA). At the same time, the NCAA has asked a federal court in California to cap collegiate athlete compensation.

The bill was introduced by Congressman and former NFL and Ohio State University wide receiver Anthony Gonzalez (R-OH) and Congressman Emanuel Cleaver (D-MO). If passed, the bill would grant student athletes “the right to capitalize off their own name, image, and likeness while including important guardrails for the recruitment process and leveling the national playing field by pre-empting the patchwork of state laws that have been signed into law or are pending in state legislatures,” according to a statement accompanying the bill.

Gonzalez said the measure would deliver “meaningful reforms and will make a difference in the lives of student athletes of all levels of competition across the country.” His Democratic colleague called this a civil rights issue. “For far too long college athletes across the country – many of whom are people of color – have been denied the basic right to control their name, image and likeness,” Missouri’s Cleaver said. “The bill would give these students the same rights all Americans enjoy.”

A summary accompanying the bill calls college sports “big business,” but “everyone is capitalizing except the players.” A year ago the NCCA said it would provide guidance to athletes on how to capitalize on their name, image, and likeness, or a category of intellectual property commonly called NIL. But, the document says, the NCAA’s action will likely be incomplete and will conflict with differing state laws that have already passed in several states. A uniform standard must be set at the federal level.

The bill would provide for congressional oversight. It would amend the “The Sports Agency Responsibility and Trust Act,” or SPARTA, to include a definition of “boosters” and regulate what action these boosters may take in the recruitment process. The Federal Trade Commission would enforce these rules. Further, the bill would ensure that athletes are not compensated by colleges as employees and that the income they earn would not be used to offset any scholarships.

Responding to the measure, the NCCA published this statement: “We greatly appreciate U.S. Reps. Gonzalez and Cleaver’s collaboration to sponsor bipartisan legislation to strengthen the college athlete experience. We look forward to working together with both representatives, their co-sponsors and other members of Congress to further establish a legal and legislative environment where our schools can continue to support student-athletes within the context of higher education.”

On June 18, U.S. Senator Marco Rubio (R-FL) introduced legislation that would require the NCAA to implement NIL compensation rules. Rubio’s proposed “Fairness in Collegiate Athletics Act” (FCAA) would allow student athletes to seek professional representation, and require the NCAA to protect the students from nefarious boosters from recruiting or retaining students. Representatives from several athletic conferences and universities contributed comments in support of the bill for the press release issued by Senator Rubio’s office.

Competition law is known as “antitrust law” in the United States, as both “antitrust” and “competition law” in the European Union and as “anti-monopoly” laws in other jurisdictions.  MoginRubin lawyers have been leaders in antitrust law for over 35 years, helping companies fight for their place in the market through litigation in federal and state courts around the country and representing their interests before the Department of Justice, the Federal Trade Commission, Congress and state legislatures.  With the combined experience of private litigators, economists and...