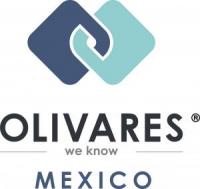 Initiative to Amend the Federal Cinematography Law in Mexico

A new initiative to amend and add various articles to the Federal Cinematography Law in Mexico was recently presented to the Senate’s Permanent Commission. There have been various proposals to amend the Federal Cinematography Law, as reported in the newsletter dated May 6, 2021. The current initiative was presented by several PRI senators, as well as Miguel Ángel Mancera Espinosa of the PRD.

The current initiative seeks to institutionalize the resources received by the now defunct Film Investment and Stimulus Fund (FIDECINE). Legislators argue that this is necessary because the current administration made the decision to eliminate funds, along with accompanying support and incentives, without first listening and without guaranteeing that the people dedicated to the audiovisual industry could access or utilize the resources and have thus been unable to generate projects that benefit Mexican society and expose Mexico’s culture and history to the world.

The Senators sponsoring the initiative believe that it is the obligation of the Mexican State to permanently encourage and promote the national film industry through financial support as well as investments for the benefit of producers, distributors, marketers and exhibitors of national films. Thus, the Federal Executive Branch should guarantee the sufficiency of resources in the “Proyecto de Presupuesto de Egresos de la Federación” (fiscal budget) to set the bases of a program that complies with the following:

They also propose that the Ministry of Culture be granted several faculties to design, implement, and execute the program for the permanent development and promotion of the national film industry, in coordination with the Ministry of Finance and Public Credit.

The initiative does not seek to rescue FIDECINE or create a new trust fund. It is instead intended to guarantee economic support to promote the industry.

The legislators clearly have good intentions, but it would be complicated to gain approval of the initiative with the current majority of the Chamber of Deputies, which has indicated that the disposal of funds in this way may be construed as possible acts of corruption, which the current Government has determined to be unacceptable conduct, in addition to the prohibition of labeling resources, making it prudent to wait for the initiative to be sent to the Senate for its due analysis before drawing any formal conclusions.