It’s October 1, 2015, and the lights are still on at federal government offices all across town. That’s good news for government contractors who worried about a government shutdown and all the bad things that follow.

The lights are still on at the Government Accountability Office (GAO) over on G Street, NW: 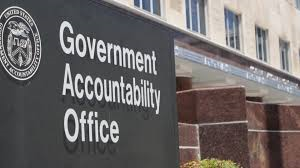 That means that GAO will continue receiving bid protest filings and sending out notices to federal agencies for purposes of staying performance of protested contracts under the Competition in Contracting Act. That also means GAO will continue resolving bid protests throughout the fall season. The lawyers at GAO had a busy summer. From Memorial Day to Labor Day this year, GAO issued more than 120 bid protest decisions. That’s more than one decision every day of the summer while some of us were on summer break. Technically, GAO’s decisions on bid protests are only recommendations to federal government agencies. But those recommendations are almost always followed. When an agency doesn’t follow GAO’s recommendation, strange things can happen. More on that later.

And the lights are burning bright at the Supreme Court building on First Street, NE: 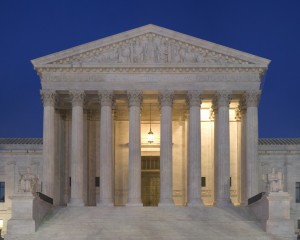 That means that the Supreme Court’s consideration of its first bid protest case in many years will go forward as planned. The just-released Supreme Court calendar shows that oral argument before the Justices in Kingdomware Technologies v. U.S. is set for November 9, 2015. When did the Supreme Court last hear argument on a bid protest case? Let’s just say it’s been a while. According to GAO’s website, GAO’s Managing Associate General Counsel for Procurement Law, Ralph White can’t remember one in the 30 or so years since GAO has had bid protest jurisdiction.

Government contractors should be very interested in the outcome of Kingdomware. The Kingdomware case has a rich history. The case arose as a bid protest filed at GAO, where the protester won before the Department of Veterans Affairs (VA) refused to follow GAO’s recommendation. Then, the protest shifted to the COFC, which disagreed with GAO and sided with the VA. Those features—an agency refusing to follow GAO’s recommendation on a bid protest and the COFC disagreeing with GAO—are seldom seen in the government contracts world. So, stay tuned for the highest court in the land to issue the final word in Kingdomware sometime after November 9, 2015.