On May 6, 2014, Masterbuilt Manufacturing, Inc. (“Masterbuilt”), a Georgia corporation, filed a complaint in the Middle District of Georgia alleging trademark infringement, design and utility patent infringement, and deceptive trade practices against The Sportsman’s Guild, Inc. (“Sportsman”), a Minnesota corporation.

Masterbuilt asserts ownership of U.S. Trademark Registration Number 2,812,208 for “Hitch Haul,” which was assigned Serial Number 76511619 and published for opposition on November 18, 2003.  Sportsman is alleged to be using “Hitch Haul” for the same goods as Masterbuilt – “namely a detachable hitch-mounted metal storage and carrying rack.”  Materbuilt sent Sportsman a letter on March 20, 2012, “expressing concern about potential infringement.”

Masterbuilt further claims ownership of U.S. Patent No. D615,798 (the ‘798 Patent), a design patent relating to an ornamental design for an electric smoker.  The ‘798 Patent issued on May 18, 2010.  Figure 1 from the ‘798 Patent is depicted below to the right of the accused Sportsman smoker design: 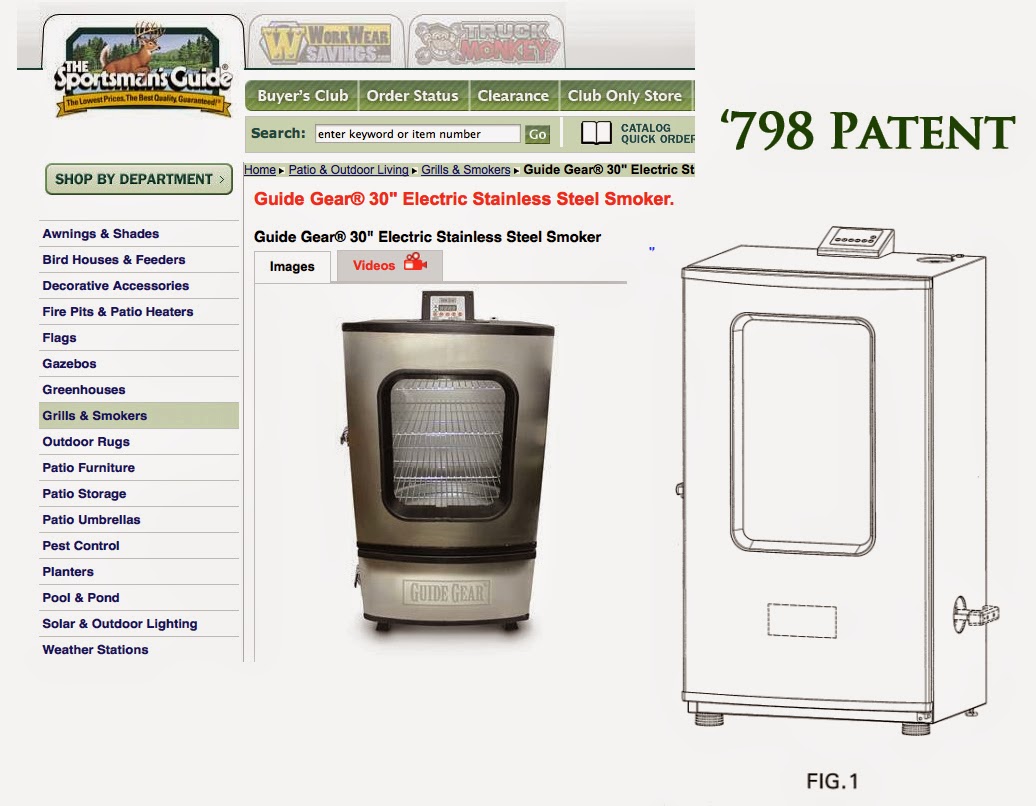 Masterbuilt further claims ownership of U.S. Patent No. D560,424 (the ‘424 Patent), a design patent relating to an “ornamental design for a cooking fluid cooking apparatus.”  The ‘424 Patent issued on January 29, 2008.  Figure 1 from the ‘424 Patent is depicted below to the right of the accused Sportsman turkey fryer design: 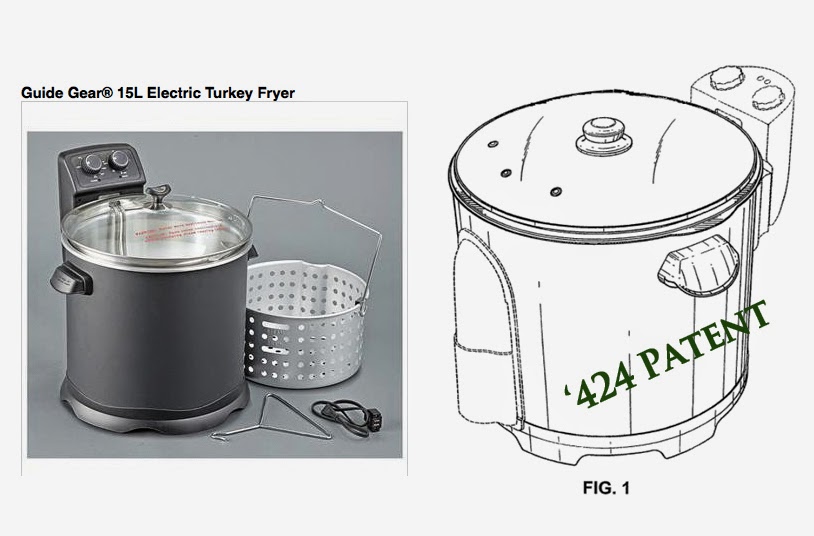 The case is Masterbuilt Manufacturing, Inc. v. The Sportsman’s Guide, Inc., No. 1:14-cv-00112-CDL, filed 05/06/14 in the U.S. District Court for the Middle District of Georgia, Columbus Division, and has been assigned to U.S. District Judge Clay D. Land.