Here is the second of two surveys of recent trademark cases filed in Georgia District Courts. 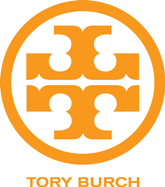 Tory Burch, known for high quality women’s clothing and accessories, is the exclusive owner of the trademark rights to the logo shown on the right and variations thereof. According to the complaint, the company maintains strict quality control standards for all of their products and spends substantial resources marketing their unique goods. Tory Burch alleges that Golden Stella manufactured handbags and jewelry with a copied Tory Burch Trademark and then sold these counterfeit goods to the public in stores and online.

Gyro Kings Fight for the Throne 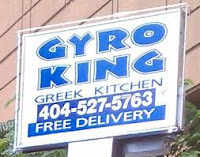 Gyro Enterprises asserts that Gyro King’s use of their mark violates Sections 32 and 43 of the Lanham Act, by infringing on a federally registered mark and engaging in unfair competition, respectfully. It asks the Court to enter judgment that Gyro King has infringed its rights to the GYRO KING trademark and to enjoin Gyro King from further use of the mark.

On July 10, 2013, American Deli International, Inc. and American Deli Plus, Inc. (collectively “American Deli”), with a principle place of business in Riverdale, Georgia, filed suit against Jay & Young Group, LLC, (“JYG”) located in Stone Mountain, Georgia, two officers of JYG, three managers of the allegedly infringing restaurant and the original owner of the restaurant, claiming trademark infringement, unfair competition and false designation arising under sections 32 and 43 of the Lanham Act.

One day after filing the complaint, American Deli filed a motion for temporary restraining order, asking the Court to stop JYG from continuing to operate their business until the matter had been addressed.  A hearing on the TRO motion was scheduled for July 12, but the Plaintiff voluntarily cancelled the hearing.  JYG did not file a response to the TRO motion within the time prescribed by the Local Rules, so the motion has been submitted to Judge Jones for consideration.

On July 22, 2013, Yanmar America Corporation (“YAC”), based in Adairsville, Georgia, filed a complaint against Anthony Mills, individually, and d/b/a Mei Farm Equipment (“Defendant”), based in Elberton, Georgia, for trademark infringement under Sections 42 and 43(b) of the Lanham Act (Importation of Goods Bearing Infringing Marks), and Section 43(a) of the Lanham Act (False Designation of Origin). 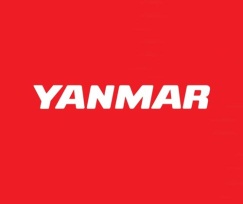 YAC is a subsidiary of Yanmar Company Limited (“YCL”), a Japanese corporation that develops and distributes diesel engines. YCL manufactures tractors in Japan for several different markets including the U.S. The tractors produced for the U.S. market are materially different in design and standards than those produced for the Japanese market, therefore, the tractors made for the Japanese market are not intended for sale in the U.S. YAC claims that the Defendant unlawfully imported and distributed Japanese market tractors in the U.S. (“grey market” tractors), which causes consumer confusion as well as significant safety concerns. YAC asks that the Court enjoin the Defendant from continuing to infringe on their trademark as well as open them up to possible products liability exposure.

In 2012, YAC and YCL were involved in litigation after a 1977 grey market tractor was sold to an individual in the U.S. by a company who had purchased the tractor from another company who imported these grey market tractors. Those tractors are not intended for US terrain, and unfortunately rolled over and killed the man operating it, leading to his wife filing suit. Ultimately the Supreme Court of Arkansas determined there was no personal jurisdiction over YCL. The Court also determined that YAC owed no duty to the deceased because YAC was not involved in importing the tractor into the U.S. or in the design and manufacture of the tractor.[1]

Due to cases like this, YAC emphasizes to the court the importance of not allowing importation of tractors intended for the Japanese market. Therefore, YAC asks the Court to enjoin the Defendant from importing the tractors and to order them to notify each of their previous purchasers of the material differences between the Japanese and US market tractors.

Leveling the Culinary Field: Typographical Corrections in Markman Ruling Allow Food Service Equipment Leveling Device Patent to be Construed
By
Intellectual Property
Good Technology: Airwatch's Defamation Claim in Georgia was Compulsory Counterclaim in California Patent Infringement Action
By
Intellectual Property
Folks Alleges Jim ‘N Nick’s B B Que South, Inc.’s Use of GOOD TO GO MARK Should Get Up and Go
By
Intellectual Property
Singer-Songwriter Lee Hutson Sues Rapper Young Jeezy Over Alleged Use of "Getting It On" Sample
By
Preston H. Heard
Advertisement