VitalStim alleges its own status as an innovator in the development of safe and effective treatments for patients suffering with difficulty swallowing or dysphagia.  The VitalStim® Therapy System is presented on its website as follows:

The complaint alleges that the managing principal of eSwallow was a former distributor of the  VitalStim® Therapy System.  In additional to the implication of knowledge through that former relationship, VitalStim alleges that the User Manuals for VitalStim products covered by the Dysphagia Patents have been continuously marked with three of the four patents since 2005 in compliance with 35 USC § 287.[1]

VitalStim alleges that eSwallow has infringed the Dysphagia Patents with “an electrical pharyngeal neuromuscular stimulator, identified as the eSwallow Dysphagia Therapy Unit Models 9950/9960.  The following image of a Stimulation Unit appears on the eSwallow website: 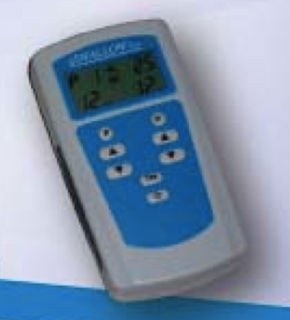 eSwallow allegedly uses, offers, for sale and sells the infringing products and educates its distributors and the general public on the use of the product thereby inducing purchasers to infringe.  Direct infringement is alleged against eSwallow for all four patents and eSwallow is further alleged to have indirectly infringed the ‘564, ‘359, and ‘873 Patents.