Overall filing activity dropped considerably in the first half of 2021, falling to 112 filings from 150 filings in the second half of 2020. This decline was largely driven by a substantial reduction in the number of M&A class actions and federal and state 1933 Act filings, although core filings with Section 10(b) allegations were also down modestly.

Special purpose acquisition company (SPAC) IPOs have continued to explode. Filings against SPAC-related entities increased sharply in the first half of 2021. There were also 10 filings related to COVID-19, largely concentrated in the first four months of the year.

The following data include 1933 Act filings in California, New York, and other state courts. Filings from prior years are added retrospectively when identified. These filings may include Section 11, Section 12, and Section 15 claims, but do not include Rule 10b-5 claims.

State 1933 Act filing activity decreased 83% relative to the record high in 2019 H2, with no filings outside New York. 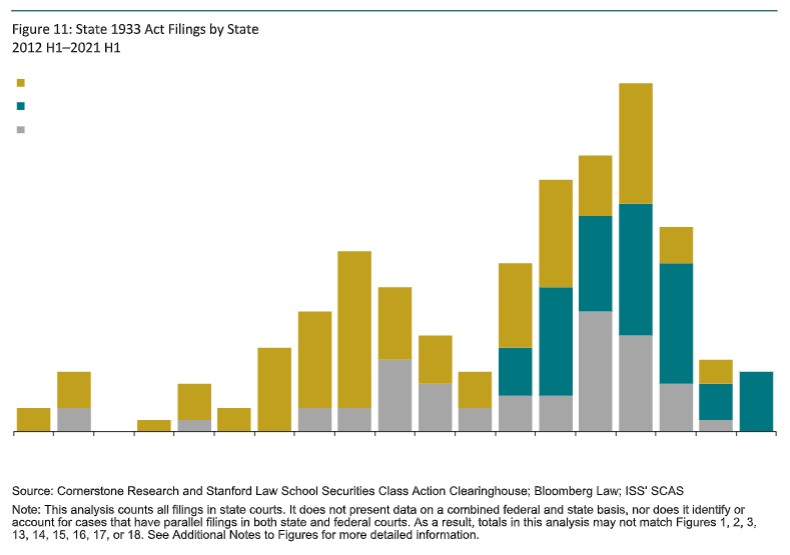 This analysis calculates the loss of market value of shares offered in securities issuances that are subject to 1933 Act claims. It measures the difference in the price of offered shares (i.e., from the date the registration statement becomes effective through the end of the class period) multiplied by the shares offered.

This alternative measure of losses has been calculated for federal filings involving only Section 11 claims (i.e., no Section 10(b) claims) and 1933 Act filings in state courts. Dollar Loss on Offered Shares (DLOS) aims to capture, more precisely than MDL, the dollar loss associated with the specific shares at issue as alleged in a complaint.

The DLOS Index for federal Section 11 filings in 2021 H1 is already the third-highest yearly federal DLOS Index
since 2010. 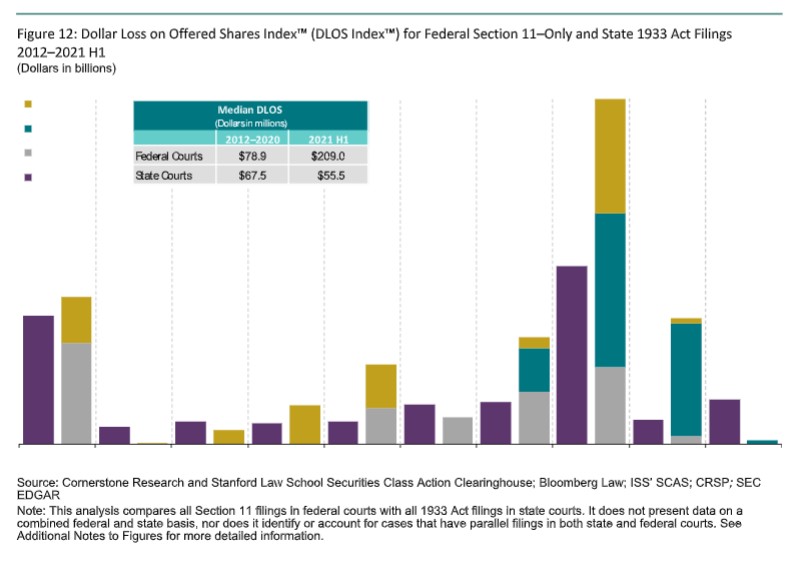 State 1933 Act filing activity for both state court only and parallel filings remains depressed post-Sciabacucchi, totaling only about 17% of its 2019 H2 high. 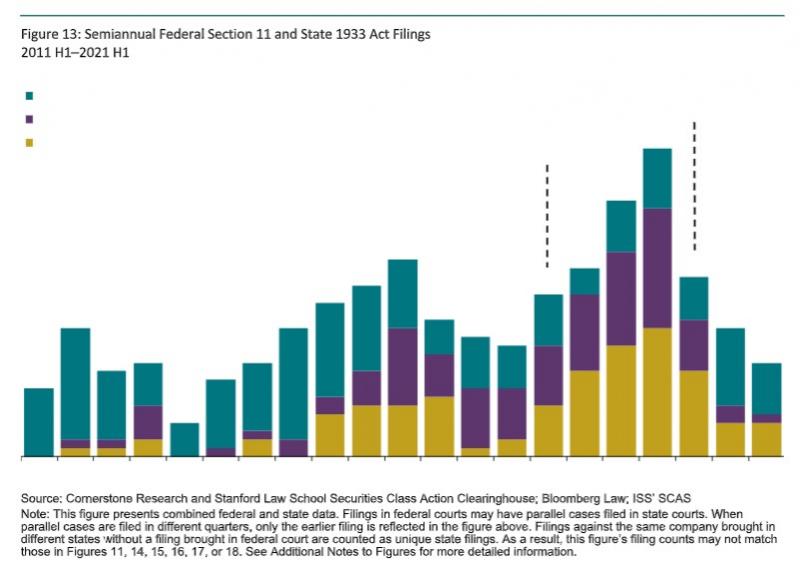 The figure below illustrates Section 11 claims in federal courts and 1933 Act claims in state courts based on the type of security issuance underlying the lawsuit.

To the extent that there were any Section 11 and state 1933 Act filings, claims based on IPO issuances were predominant in 2021 H1. 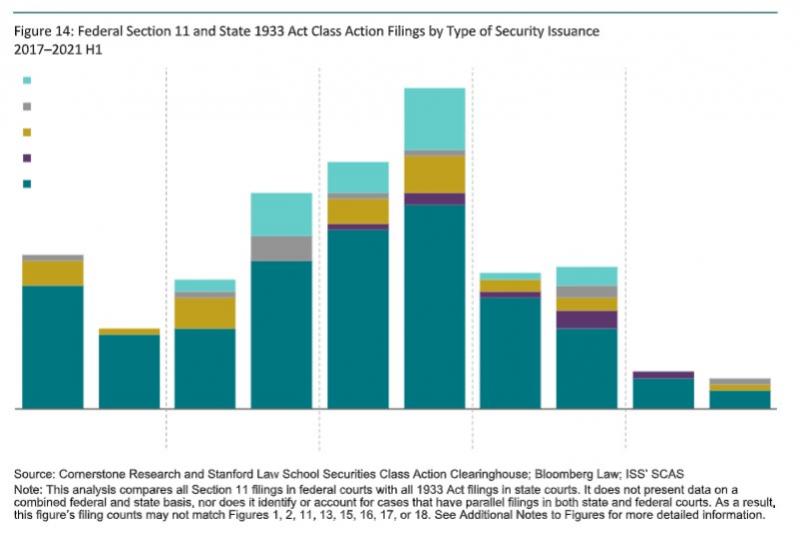 Sasha Aganin heads Cornerstone Research’s financial institutions practice. Dr. Aganin specializes in addressing complex financial issues arising in litigation. He has worked extensively to lead the firm’s efforts in securities matters and bankruptcy disputes. In addition, he has contributed significantly in other areas involving financial institutions, such as antitrust matters related to financial markets and institutions. Many of his cases involve risk analysis and modeling. Dr. Aganin has assessed economic losses, loss causation, and valuation for companies and...