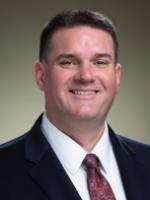 Dr. Majure is the former Director of Economics for the Antitrust Division of the U.S. Department of Justice. In this role, he worked closely with the Deputy Assistant Attorney General for Economic Analysis and other members of the Antitrust Division front office, monitoring merger enforcement and litigation matters, allegations of anticompetitive horizontal conduct, and monopolization. Dr. Majure has received awards for senior executive civil service, culminating in Presidential recognition.

An expert in industrial organization economics, Dr. Majure worked on every merger challenge brought by the Antitrust Division during his nine years as director, including Aetna/Humana, Anthem/Cigna, AT&T/T-Mobile, AT&T/Time Warner, GE/Electrolux, and USAir/American.

As part of the DOJ’s non-merger enforcement, Dr. Majure supervised numerous investigations of business practices, as well as several challenges, such as American Express, Apple, and Carolinas Healthcare System.

Dr. Majure’s career at the DOJ spanned nearly twenty-five years and several key roles. In addition to supporting the Antitrust Division’s enforcement and policy activities across all of its areas of interest, he frequently coordinated practices and policies with senior representatives of other domestic and international enforcement agencies, such as the Federal Trade Commission and the Directorate-General for Competition (DG Comp). He was also actively involved in multinational competition policy efforts through the Organisation for Economic Co-operation and Development (OECD) and the International Competition Network (ICN).

Previously, Dr. Majure served as a section chief and as an assistant section chief in the Antitrust Division’s Economic Analysis Group (EAG). In these capacities, he led the economic team supporting the Division’s enforcement and policy activities. He submitted testimony on competitive effects in Union Pacific/Southern Pacific Railroad and on the suitability of remedy in U.S. v. SBC Communications Inc. and AT&T Corp. and U.S. v. Verizon Communications Inc. and MCI Inc. He also served on the committee that drafted the 2010 Horizontal Merger Guidelines.